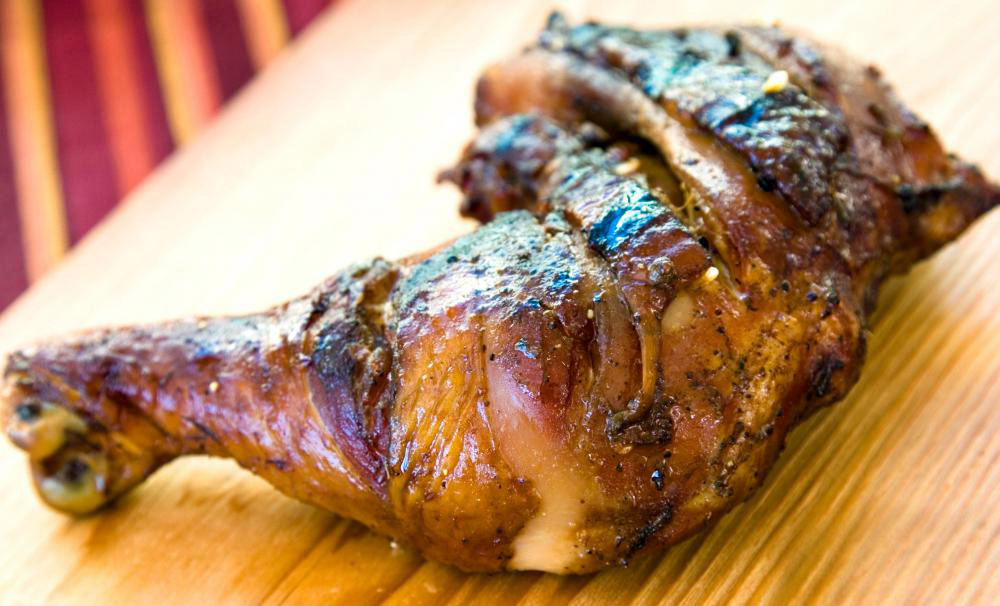 Chicken and other birds

I have never really been into jerky, the thought of air drying perfectly good beef puzzled me. However, after the last week’s results, I am a changed man!

Jerky is a form of meat preservation in which fresh meat is dried to prevent it from spoiling. The word “jerky” comes from a South American native tribe called the Quechua, originally part of the ancient Inca empire, as early as 1550. They called it ch’arki, which means “to burn (meat)”. The Quechua used meat from the alpaca and llamas that was boned and defatted, cut into slices and pounded thinly and rubbed with salt. The meat was then sun-dried or smoked over a fire.

Contrary to popular belief, beef jerky is actually a healthy snack. It is an excellent source of protein, low in fat and calories, and has minimal carbohydrates per serving. It is a no mess snack, great for lunches, after-school snacks, traveling, camping and mountain bike riding. Jerky also has a long shelf life, which makes it perfect for family preparedness kits.

So this week I want to bring you not beef jerky as that will be telling, but Chicken jerk! Not air dried for hours but quickly roasted with a more Jamaican flair.

Combine all the marinade ingredients and pour over chicken thighs, allow to marinate overnight,

Preheat your oven to 180 degrees and spark up your BBQ

Remove the chicken thighs from the marinade and place straight onto your BBQ, smoke is good and don’t be afraid of colour at this stage.

Place onto an oven tray and paint thighs with remaining marinade, cook for a further 20-30 minutes in the oven depending on size.