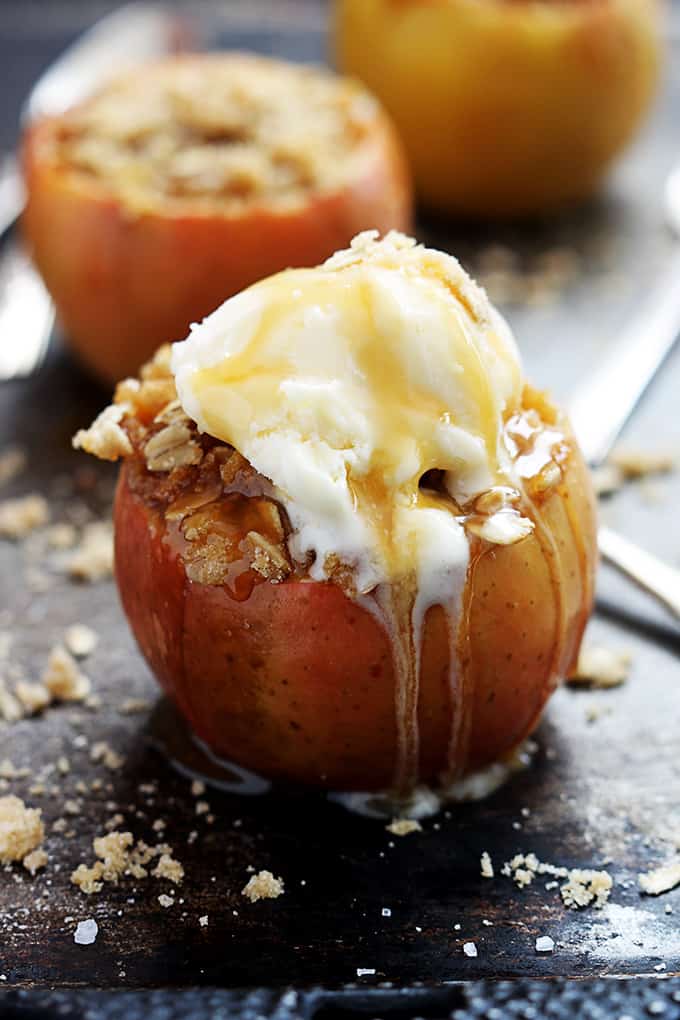 With the winter blast coming up the country this week there’s no better time for a hot apple crumble than on a cold winters night. With apples readily available it makes this dessert pretty simple and affordable, you can also change the apples out for pears if you like.
This recipe features in our Good from Scratch kids cookbook, so you can get the whole family involved. If the kids are preparing this, just get an adult to do the cutting part and then they can help hollow the apple out.

Preheat the oven to 180 degrees on bake and line a large baking tray with greaseproof paper.

Cut the tops of the apple and core the apples using a corer or knife, discarding the core. Be careful not to cut right through the apple.

Use a spoon to dig out the sides to create a bowl inside the apple.

Cut up the removed apple.

Add together the flour, rolled oats, icing sugar and remaining cinnamon. Using your hands, rub in the butter and sprinkle over the top of the apple.

Bake in the oven for 30-40 minutes or until the filling is bubbling. Serve hot with vanilla ice-cream if you have it otherwise a bit of whipped cream.