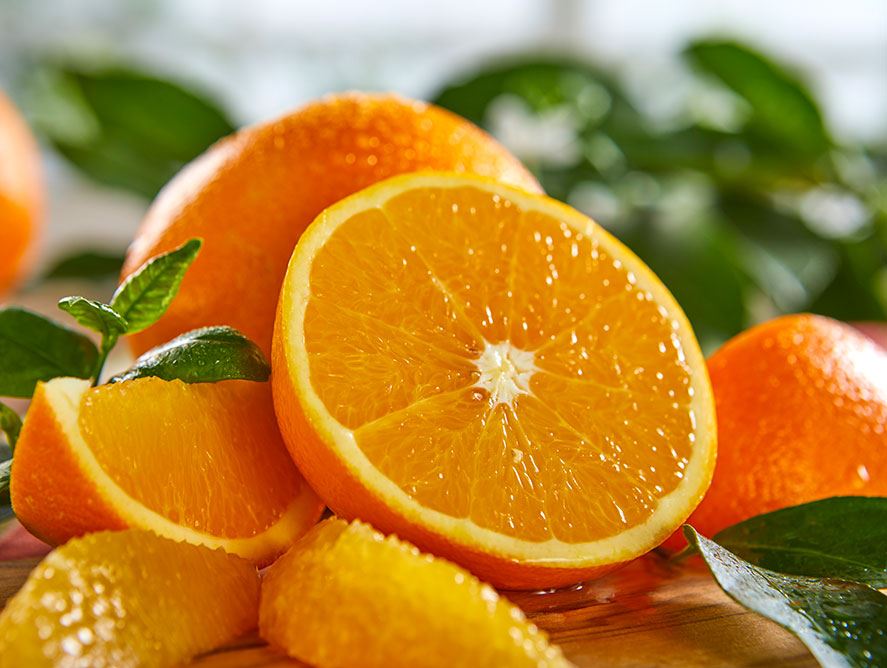 This week we are talking Oranges!

For some of us, the day couldn’t start without a glass of fresh orange juice. Prized for its rich levels of vitamin C and great refreshing flavour. Oranges are one of the most consumed fruits in NZ, behind bananas and apples.

Sweet oranges like the more common oranges found in NZ, came about later, they say around the 1800s, whole fruit brought to NZ by seafarers and seed then planted from them.

Common varieties in NZ include:

Blood orange, red staining caused by red pigments in the flesh and skin. Some people say the taste is like crossing a raspberry with orange, however, I find them very tart and way too beautiful to eat
Ellendale, cross between a mandarin and orange
Navel, Most common. Recognised by the dimple navel shape at the base and practically seedless
Seville, marmalade orange or winter orange
Valencia has a thicker skin than the navel with big seeds but is the best orange for juicing.

Not only used in juicing, eaten segmented or zested as the skins contain the oils rich in flavour.

There are a number of things you do with an orange in the kitchen but this week I have chosen a simple cake I have cooked allot. It’s by the Queen of cakes, Stephanie Alexander.

Boil the oranges in a little water in a covered saucepan for 2 two hours. Allow cooling, then cutting them open removing pips and chopping roughly. Preheat an oven to 180*c and butter and flour a springform tin.
Blend the oranges and remaining ingredients thoroughly in a food processor. Pour the batter into the tin. Bake for 1 hour. Test with a skewer and if still wet cook a little longer. Cool in the tin before turning out.

I would serve this with a bit of Balsamic glaze and vanilla ice-cream or just with a nice cup of tea!