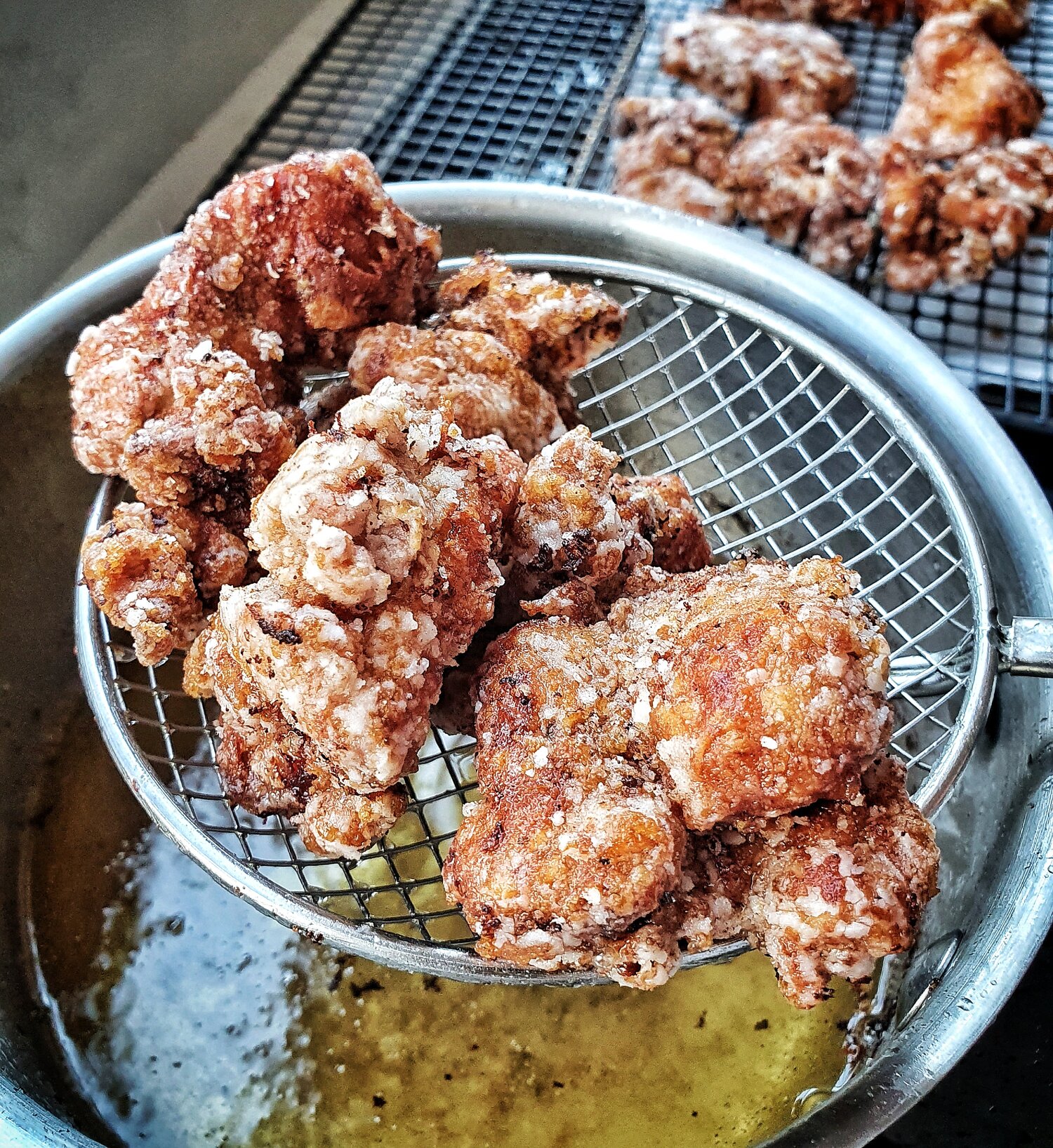 Chicken and other birds

This week I’m bringing you a super tasty chicken dish, perfect for these hot summer nights.

Its called Karaage chicken and is becoming a very popular crispy chicken dish.

Karaage chicken is basically a crispy fried chicken, with chicken being the favoured meat. Karaage has been popular since the 1920s and the method was popularized because of food shortages in Japan after World War 2. Chicken happened to be popular meat already but using the Karaage method made it easier to cook and gave it a different way to eat chicken.

Heat a frypan with a large amount of oil or a deep-fryer to 180 degrees.
Cut the chicken thighs across the centre to half the thickness of the chicken thigh.
Marinate in a bowl with the garlic, ginger, soy, mirin and salt. Set aside for 10 minutes.

Make up the slaw by combining all the ingredients together in a bowl. Adjust the seasoning and set aside.

To serve the chicken,
Spoon out the slaw over the 6 plates and then place the crispy chicken over the top.

Side dishes can include Bao buns or steamed rice. Along with cucumber sticks and cos leaves.